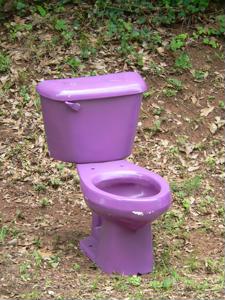 It's every parent's worst nightmare... Well, maybe not quite "worst." But parents in a Western New York town are still none-too-pleased that that their kids at Cattaraugus-Little Valley Elementary were not dismissed from school, even though toilets were overflowing in many of the school's restrooms, according to a CBS-affiliated television station.

The station, WIVB, reports that the problem stemmed from water pressure rising beyond the point that pipes could sustain. Flushing caused the toilets to overflow, hence the closing of the bathrooms.

"I mean, as a parent you send your child to school expecting them to be safe and well cared for, and for them not to be able to use the restroom for an entire school day is ridiculous," local parent Miranda Kendrick told WIVB.

Kendrick went on to say that she felt the school should have been closed so that officials and workmen could fix the problem. However, superintendent Jon Peterson said that kids were allowed to use the bathrooms that still functioned properly.

"At the time, was it a big deal? To me, it didn't seem that big of a deal," he said to the news source. Furthermore, he explained that the schools get its water from too far away for them to fix a problem like this any more quickly than they did, later that same day.

English town shut down public johns due to high cost

The kids at Cattaraugus-Little Valley may have had to walk further, or even down less-familiar hallways to find a bathroom on that horrible day. But they should all be thankful that they're not among the homeless in the Amber Valley borough of Derbyshire, England.

The Derbyshire Times reports that, due to expenses, a council voted to close the last 10 public toilets in the borough, in order to save an estimated 60,000 pounds per year. The municipal government is offering incentives for local businesses to open their bathrooms up to the public, but the chairman of the Ripley Chamber of Trade told the news source that what shops and restaurants are being offered isn't worth the hassle.

"There are small villages throughout Derbyshire that have toilets - but then in a town with 24,000 people, we will have none," David Clark told the Derbyshire Times. "We as a business are not set up to provide that service. We don’t want a queue of people using our facilities."