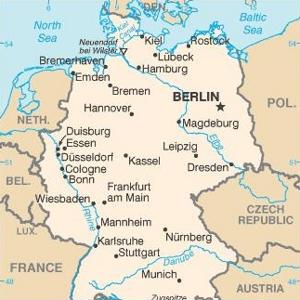 Normally, when headlines indicate that unpleasant odors emanating from toilets caused illness, we may jump to a conclusion quite different than what recently occurred at Tegel Airport in Germany. Apparently, someone went too far while cleaning one of the terminal's bathrooms.

According to German/English newspaper the Local, on the morning of October 12, 53 individuals reported experiencing severe nausea and eye pain and had to be treated for minor injuries. Firefighters who arrived at the scene incurred similar symptoms after exposure to what was later revealed to be too much ammonia.

The problem was so bad that Tegel officials had to close down the building's lobby and Terminal A to keep more people from getting sick.

"Since around 7 am police officers from the forensic department have been at Tegel testing the air quality," said police representative Martin Dams, quoted in the newspaper. "A high level of ammonia was measured early this morning."

A safer way to clean a toilet

To keep a john pristine, it isn't necessary to pour in so much chlorine that anyone who comes near the bathroom becomes ill. You might not even have to use a potentially dangerous chemical. ApartmentTherapy.com encourages readers to try cleaning their toilets by pouring orange Kool-Aid, still in its powdered form, in the bowl and leaving it overnight. The website says that the citric acid in the Kool-Aid helps get rid of especially difficult-to-remove stains. Meanwhile, TipNut says rings around toilet bowls can be done away with by applying a mix of lemon juice and borax to dirty areas, and allowing the mix to soak with the stain for two hours.

Coca Cola, supposedly due to its citric acid content, can also be used to clean a toilet by pouring a can into the bowl and letting it sit for an hour before flushing.

The Learning Channel website provides some more traditional tips for toilet maintenance. Readers are instructed to keep a long-handled brush on hand, although disposable brushes are said to be more effective for cleaning purposes. Denture cleanser works about as effectively for cleaning as Borax.

Meanwhile, a website titled Do It Yourself says that pouring one or two cups of white vinegar into a toilet can help reduce or eliminate rust strains.