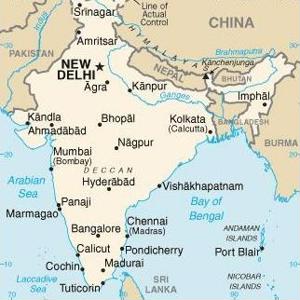 During this baffling, emotionally charged and inarguably entertaining electoral season, whether you're a liberal or a conservative, odds are you're hopping mad about something either candidate has said or done.

Sometimes, being an American can get irritating. On the bright side, as least you can always find somewhere private to use the bathroom.

Millions of residents in India have more practical, down-to-earth worries than whether or not Mitt Romney will cut funding for Sesame Street, or if Barack Obama was actually born in Hawaii or Kenya. The shortage of toilets in the highly-populated South Asian nation is making life less comfortable for public officials and private citizens alike.

"A toilet, and a clean one at that, is terribly important, especially when you are on the move and need to go to one urgently," Sita Ram told the Indo-Asian News Services. Ram is an office assistant for Jairam Ramesh, a rural development minister who recently stated that more resources should be put toward new toilets instead of temples.

"Whenever I travel to my village in Rajasthan, I use the toilet before boarding the bus, and then when I get home. The few ones along the roadside are terribly dirty."

The news source also spoke with the founder of the social service organization Sulabh International, Bindeshwar Pathak, who stated that numerous temples are available for worship throughout India, however public restrooms are not visible anywhere near most of these facilities. Meanwhile, the general secretary of All India National Federation for Indian Women stated that women forced to relieve themselves in various locations outdoors are sometimes the victims of sexual violence.

According to numbers from the United Nation's Millennium Development Goals cited by the Indo-Asian News Services, almost 100 percent of Indian villages have access to wireless networks for cell phone use, while more than 625 million of the nation's residents - almost half, according to the World Health Organization  - are forced to defecate in the open due to lack of access to toilets.

According to the New York Times, Indian government officials announced an initiative to put an end to the nation's public defecation crisis within 10 years. In late September of 2012, prominent Bollywood actor Vidya Balan became a spokeswoman for the issue, and went on a media tour to strongly discouraged her countrymen from relieving themselves anywhere that isn't in a toilet.

"We have to inspire more and more people to make our country open-defecation-free," she said during a press conference attended by the Times.