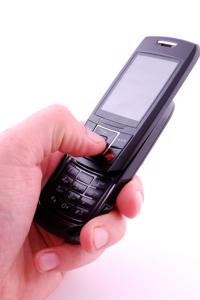 Depending on how you look at it, the current condition of India may reflect poorly on human priorities.

According to a report from the Hindustan Times, more than 1,200 accounts have been opened at the Central Bank in Badagon Jagir, a village of 300 homes. Meanwhile, half of the small town's population either don't see a problem with or don't have a choice except to relieve themselves outside due to a lack of toilets.

The news source goes on to cite Figures-2012, which tells us that at least one member of almost 60 percent of Indian households has a bank account, while fewer than 50 percent have a sanitary place to go to the bathroom.

Arguably, that's not even the most surprising statistic in regards to India's imbalance of modern technology and basic sanitation. Almost 50 percent of Indian homes have a TV, while less than 45 percent have running water. Meanwhile, almost 65 percent of Indians have access to a cellular phone.

"India lacks the culture of sanitation. Even if you go to a decent restaurant for a good meal, you will find the toilets are invariably dirty," Bindeshwar Pathak, the founder of social service organization Sulabh International told the Indo-Asian News Service.

Recently, an opinion op-ed was published in The Times of India, which said that the writer felt that union minister Jairam Ramesh muddied the argument in favor of more toilets when he pointed out that it's easier to find a place of worship than a place to comfortably sit on the throne in his nation. The writer, after stating that Sulabh International has made great strides in its quest to design cost-effective toilets, goes onto say that he feels it's reductive to blame churches and private companies for the lack of toilets, when public sanitation should be a government concern.

However, the Indian toilet shortage is more than a sanitation crisis. It's also doing significant economic damage to the second-most populous nation on Earth. Citing research conducted by the World Bank's Water and Sanitation Program, Bloomberg reported that the direly unsanitary conditions cause enough sickness and death to annually drain more than $50 billion from the nation's economy. Almost half of that relates to diarrhea in children less than 5-years-old.

"For decades we have been aware of the significant health impacts of inadequate sanitation in India," said the program's team leader Christopher Juan Costain, according to Bloomberg. "This report quantifies the economic losses to India, and shows that children and poor households bear the brunt of poor sanitation."