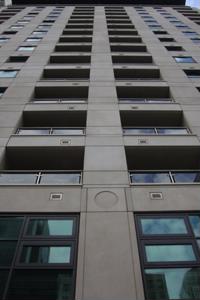 Recently, Bloomberg BusinessWeek published an article noting that, although many home bathrooms stay up to date with modern bathroom vanities and other luxuries common to the current times, most office bathrooms haven't quite kept up with the trend.

The new source says that, apart from accommodations of the handicapped and, perhaps, some water pressure control mechanisms to save water, office bathrooms have mostly remained about as comfortable and efficient as they were in the 1980s, which, in this regard, isn't much different from the 1950s.

"You’ll find more custom bathrooms in someone’s home," Florian Idenburg, an architect whose team designed an opulent bathroom at a New York fashion house, told the news source. "It’s a place where people don’t want to spend an extensive amount of money—and it’s also something that needs to be easy to clean. Some of this is driven, I think, by people wanting to spend the least time cleaning it."

According to Bloomberg, landlords who own many office buildings are not required, and therefore generally don't want to spent the money, to make washing facilities attractive to office dwellers.

However, the bathrooms at Derek Lam, which Idenburg helped design alongside associates from the SO-IL architecture firm, is mentioned by Bloomberg as being unusually modern office lavatories. A few of Google's offices are said to have suave bathrooms, as are those at the San Francisco web startup Airbnb. It seems that individuals who need to work in an environment where they can enjoy a pleasant bathroom experience should consider maneuvering their careers toward the web.

Many men, when some benign circumstance leads them to enter women's bathrooms with permission, are surprised to find it in about the same condition they're accustomed to seeing men's room. Which means most of the rules provided by the magazine Women's Health for office bathroom etiquette should apply to men as well - apparently both genders could use a crash course in lavatory manners.

Putting the toilet paper down at a distance within arms length of the toilet is mentioned as a good practice, and if anyone notices that a stall is out of paper, they should make a point to replace it before the next person comes in. The magazine lists more rules, but perhaps the most important is to always remember to flush.