Free Shipping Shipping To Canada Hassle Free Returns Price Match Guarantee
Account Login | Our Blog | Help Center
Why your toilet costs more than you think it does, as long as you own an iPhone 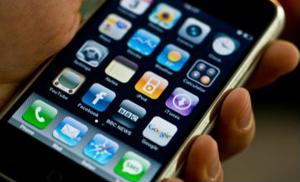 Next time you turn to flush the bathroom toilet at your office, take a moment to pull out your wallet. Take a few Benjamins and toss them in the bowl. Then hit the lever and walk out. You've paid your fee to whatever toilet plumbing fates are causing Americans to spend a joint $5.9 billion in damaged iPhone costs over the years.

Why are toilets and iPhones so hell-bent on being together? Could it be some ancient mystical contrivance? Did Apple make a deal with the devil - or some septic tank lord of the underworld? Could it possibly be that Americans are really all butterfingers?

SquareTrade is an independent gadget warranty provider, and they're the prime source to come forth with the news that American iPhone damages are approaching the $6 billion mark - and it's only been five years.

According to CNET, SquareTrade surveyed 2,000 iPhone owners before compiling their startling infographic. They revealed that in the last year, 30 percent of the 2,000 had damaged their devices in some way. The interesting news? According to the source, SquareTrade was particularly surprised by the number of iPhones that took accidental baths in the toilet bowl.

If you consider stylish bathroom vanities "tables" that an iPhone could potentially be knocked off of, that means that four out of five of those potential iPhone deaths could be toilet related. (There's an argument to be made for "Liquid spilled on it" too, but it defies physics.)

When you consider how embarrassing (and gross) it is to lose one's iPhone to a toilet, it wouldn't be surprising if only half the offenders were even coming forward. Maybe a little shaming could decrease these lost iPhone numbers and reduce the number of folks texting or emailing while doing number two.

One thing is for certain. The next time your buddy hands you his phone and asks you to look up directions while he drives - don't touch the thing without a pair of rubber gloves.