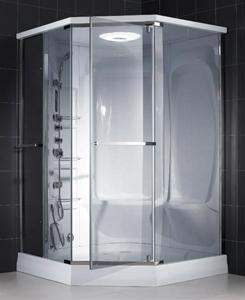 Each day, scientists, inventors and innovators across the world are advancing technology by taking leaps toward quantum computing, discovering new medicines and cures from the bark of Amazonian trees and patenting the PUSHit.

This stroke of genius design is the sort of thing that might not look super sexy on your toilet seat, but it'll save you a world of trouble when it comes to pesky clogs. Designed by Hoe Yeong Jung and entered into 2012's iF Design Talents Awards, OhGizmo.com suggests that this contraption could be the answer to all the problems the PUSHit's last four letters give us. Or, at the very least, it's not an entirely awful pun.

The PUSHit works by sealing off a toilet bowl when you lower the seat and incorporating a plunger into its lid, effectively allowing you to plunge safely, without the danger of overflowing. Or so says the product design, because the PUSHit isn't exactly available for purchase - it's not even past the prototype stage yet.

Looking for some other innovative accoutrements, which are sure to be twice as fun? Consider these options.

1. Bidets and bidet seats. While you could certainly go the classical European route and have a wall bidet installed in your bathroom, toilet seat add-ons also exist. While not to everyone's taste, bidets do offer plenty of incentive by reducing toilet paper waste and keeping you feeling fresh.

3. Mirror defoggers. Do you love long showers? Do you hate having to wipe the mirror only to have it steam over again within minutes? Some radiant heat tech experts have found a way to spread warmth across a mirror's surface, keeping it clean and clear at all times.

4. Heated towel racks. This is the sort of amenity that hotels love to pamper guests with, and it's totally worth installing one in your home. Just imagine the luxury of wrapping yourself in a toasty warm towel on a chilly morning.

5. Steam shower. It may seem unorthodox to the uninitiated, but steam shower devotees say they haven't looked back since making the switch. Instead of bathing in a stream of water, steam showers produce water vapor, which they disperse into a stall to cover individuals' bodies. It's a little futuristic, a little classical (think of the Roman's steam baths) and entirely relaxing.