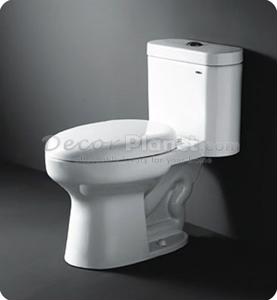 Snidely Whiplash would have to be a particularly cruel fellow to tie poor Nell Fenwick to these train tracks. What's more, those boys from Stand By Me were probably lucky to be following the railroad lines of a small-town Oregon locomotive and not the Nirmal Bharat Express. Agatha Christie's Murder on the Orient Express might have had another shade of terror to it had that train made it to the Indian subcontinent.

But hopefully all that will change soon as Indian Railways, one of the world's largest rail networks, invests a startling $93 million into replacing the ubiquitous open-hole toilets that litter 50,000 coaches (and many miles of train track) with new bio-toilets. The change is expected to take about five years, but it's good news for the 11 million passengers who make their way to work and abroad on the nation's railway cars.

It's also fortunate for track maintenance operators. Besides being an unhygienic method of waste disposal, it also tends to clog rail lines, especially when the train is stationary at a busy station.

But this isn't the only toilet-related trouble India is attempting to tackle. Jairam Ramesh, the rural development minister pushing forward the train lavatory reform, also revealed that 130 million households in India are still without real latrines, much less sanitized and cleanly ones.

"This is a matter of great shame, anguish, sorrow and actually anger," Ramesh told The Times of India. He hopes that the action taken with the railroads will help spread the importance of hygiene and health.

According to the source, the new bio-toilets outfitted on Indian Railway trains will utilize bacteria that break down human waste into water, methane and carbon dioxide. The gasses get discharged while the waste water is chlorinated and evacuated from the train, leaving the tracks clear, uncorroded and surely smelling much better.

But India still has a ways to go ridding itself of open defecation, and it's a harsh reminder of the extremely difficult sanitation issues that can ravage the rural and poor parts of developing nations. While Americans can take advantage of eco-friendly toilets, that's a distant dream for some. Hopefully, with the aid of science and a lot of ingenuity, situations will improve well beyond the tracks of India's rail system.