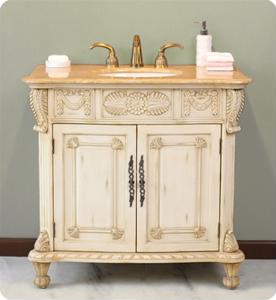 Lucy Sanchez is 66, and at that age she deserves to use the toilet in her own bathroom without bringing an umbrella with her. But such is life for the residents of the Bronx's Mt. Eden building, which is owned by College Management, the certified worst landlord in New York City.

"I spent three years sitting on the toilet with an umbrella," Sanchez told The New York Daily News. The leaking ceiling in her bathroom got so bad that the tenant ended up shelling out the cash to fix it herself.

This is not the worst of the horrors haunting Mt. Eden or either of its two neighboring buildings on College Ave. There are rats hellbent on getting into refrigerators, a permanent infestation of cockroaches, toxic lead paint, a lack of fire detectors, collapsed ceilings and a case of chronic asthma from the building's dust (that toxic paint is peeling) for 57-year-old Minarda Pimental.

But the residents have risen up in their defense, suing College Management through the Bronx Housing Court. Just as importantly, College Management has been brought out into the open on Public Advocate Bill de Blasio's list of the city's very worst landlords. Its position? Number one out of 330 offenders in over 360 buildings.

"It takes years of neglect for a building to deteriorate to the point where it ends up on our Watch List," de Blasio told CBS New York. "But with enough public pressure and strong tenant organizing, we can turn these buildings around and make life better for thousands of New Yorkers."

If it takes years of neglect to end up on the Watch List, College Management must have been doing double duty. A quick stroll through the three notorious College Management properties in the Bronx would reveal over 700 housing code violations, so with any luck these tenants will be living in actual comfort before long. If there's one lady who deserves to enjoy a nice bathroom vanity without worrying about rain, it's Lucy Sanchez.

Health and housing violations can be a serious matter, so if you feel that your rented home isn't fit for occupation - a good sign is carrying an umbrella inside - seek out your landlord, and if they won't listen to reason, get involved with a local tenants' rights organization.