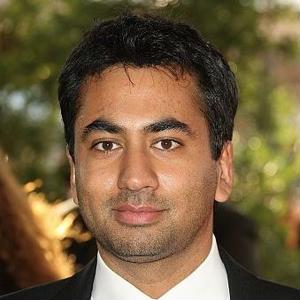 It's probably every flyer's second-worst nightmare. On a recent American Airlines flight from Los Angeles to Dallas, actor and sometimes-political-aide Kal Penn and other passengers were part of an emergency landing in Albuquerque, New Mexico. This wasn't due to an engine failure, radar misreading or Air Marshal arrest, but something potentially far worse. Penn, proving himself a voice of his generation, immediately took to Twitter.

"Unexpected landing cuz toilets overflowed on @AmericanAir," tweeted the former star of House and the trilogy of Harold and Kumar comedies. "My 1st emergency landing cuz of poop. Kinda funny kinda not."

Included with the tweet published on the TMZ was a photo of a blue lavatory waste truck rushing to the rescue.

While Penn's visceral description is the stuff of nightmares, it may be that he overreacted just a little.

"The lavatories were inoperable, so we landed in Albuquerque briefly to service them, for the convenience of our customers," said a representative for American Airlines shortly after the incident. "We apologized to our passengers for the inconvenience."

While the reality diminishes the horror of Penn's report, it does draw some important and significant attention to airline bathroom etiquette, hygiene and safety. We're all familiar with the waterless vacuum toilets on planes, and considering how

powerful those are, it's pretty unlikely that a clog living up to the level of Penn's story would occur. However, toilets are known to malfunction, and it's good to know that contingency plans are in place for such an event. Despite the inconvenience, American Airlines probably made the right choice servicing the toilets in Albuquerque. "Better safe than sorry" takes on entirely new levels of gross in an airborne clogged toilet situation.

Patented in the '70s and first appearing on aircrafts in the early '80s, the modern vacuum toilet uses little liquid and a lot of suction to do its job. One of the greatest features of the model is that it sucks the vapor out of the air, leaving bathrooms smelling cleaner and more sanitary. While the old urban legend about the dangers of sitting on an airplane toilet when you flush are still up in the air (but unlikely), it's not a bad water-saving way to go about one's business. No wonder home models are available! And, because there's no liquid that can overflow, it looks like Penn's tweet was the exaggerated account.