Free Shipping Shipping To Canada Hassle Free Returns Price Match Guarantee
Account Login | Our Blog | Help Center
Want to chat with friends on the toilet? There's an app for that 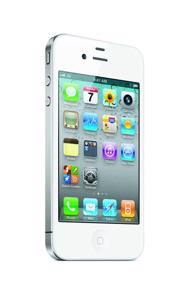 Imagine sitting in the bathroom, doing your business and then reaching for the toilet paper holder only to find an empty roll. It's a scenario many people have encountered, but one smartphone application can help users solve the problem, as well as find entertainment while sitting on the porcelain throne.

According to the Toronto Star, the iPoo app gives those who have downloaded it the ability to interact with fellow bathroom users. Not only can you chat with them - but you can see where exactly they're using the bathroom. Essentially, you may find that when you're all out of toilet paper, the iPoo user in the stall next to you can lend you a hand.

The news source reports that since the app was created in 2009, roughly 300,000 downloads have taken place, meaning that plenty of people are totally up for interaction on the toilet.

"We were surprised but not totally shocked," Amit Khanna, one of the creators of the app, said about its success.

So, what kinds of things can you do with the iPoo app? Well, for starters, the app's website states that you can create virtual bathroom graffiti on the walls of your digital stall, which other users can see and add to if they happen to visit the same public bathroom. You can also get tons of bathroom tidbits, like how many people are currently using the toilet and how many toilet paper squares are being flushed.

Badges and points can also be earned with the iPoo app, ranging from the Artist Badge for drawing 10 times, the Morning Glory Badge for logging into the app three mornings in a row and the Poo-moter Badge, which you earn after sharing your first poo.

Certainly, this app takes bathroom humor to the next level, which may be why Khanna's two co-creators are hesitant to talk about their creation, which might be seen as a negative milestone of their professional careers.

"I’m not ashamed of it whatsoever, it’s a conversation starter," Khanna said, and it's also helped him invest in real estate. One of his co-creators was even able to pay for his tuition at Harvard University's Business School with the profits from the app!

Have you ever used this application? What kinds of things do you normally think about when you're sitting on the toilet? Leave your comments below!