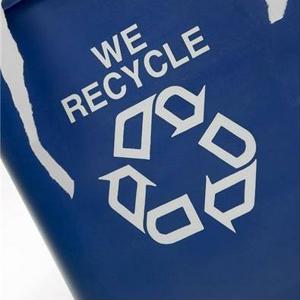 Households everywhere are giving in to the green movement and lowering their energy costs, reducing the amount of waste they produce and improving their efficiency as a result. From eco-friendly appliances to building materials, it seems like nearly everything these days has a green alternative. One bathroom fixture in particular is experiencing a wave of environmentally-friendly innovation - the toilet. In fact, one new model can transform human waste into fertilizer and electricity.

According to Science Daily, scientists from Nanyang Technological University (NTU) have invented a toilet that will not only convert waste into usable resources, but will reduce the amount of water necessary for flushing by up to 90 percent in comparison to the current toilet technology available in Singapore.

It's called the No-Mix Vacuum Toilet and it has two chambers reserved for liquid and solid waste. Using the same vacuum technology that's featured in aircraft bathrooms, the toilet only uses 0.2 liters of water for flushing liquids and 1 liter for flushing solids. Conventional toilets use anywhere from 4 to 6 liters.

Phys.org reports that the team is planning to implement two of the toilets in two different NTU restrooms. If the system proves effective, the toilet is likely to become available worldwide in the next three years. Associate Professor Wang Jing-Yuan, Director of the Residues and Resource Reclamation Centre at NTU (who is leading the project), wants to not only save water, but recover resources so that none will be wasted in Singapore, where resources are scarce.

The team believes that the toilet system will be useful to a number of consumers, including hotels and communities that aren't hooked up to a main sewage system. The fact that the waste is separated by the toilet itself and not at a waste management facility is a simpler and cheaper method of collecting the chemicals, fuel and energy from the waste.

So, how exactly does this toilet work? Apparently the liquid waste is sent to a processing plant that extracts nitrogen, phosphorus and potassium from the matter, which can be used to make fertilizers. The solid waste is transferred to a bioreactor where methane will be collected. According to Science Daily, methane can replace natural gas used in stoves and can be converted to electricity.

It might sound strange to cook food with methane gas that's been recovered from human waste, but certainly it's an innovation that will prove beneficial to the planet.