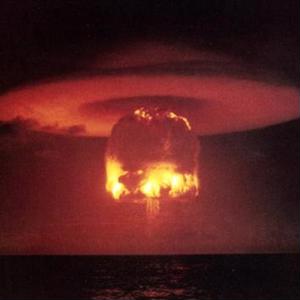 Picture this - you head into the bathroom after a long day at work, hoping to relieve your bladder and freshen up before plopping yourself down on the couch to relax and watch your favorite TV show. As you're using the toilet...suddenly you hear a strange noise and out of nowhere, the tank explodes, sending shards of porcelain all over your bathroom and probably deep into your skin. Sound like some kind of strange nightmare? Well, it was a reality for about 300 people.

According to The Legal Examiner, the Flushmate® III Pressure-Assist Flushing System made by Flushmate of New Hudson, Michigan, has been found to have a potentially faulty vessel weld seam, which can cause an excessive release of pressure that can not only lift the lid of the tank off, but can shatter the entire tank. The device is being recalled.

The news source reports that the recall will affect about 2.3 million people in the United States and around 9,400 households in Canada, based on the amount of flushing systems that were sold. The faulty devices were manufactured between October 1997 and February 2008, and have since caused 304 explosions resulting in 14 injuries.

The Flushmate flushing systems were sold for about $108 through Lowes and Home Depot. Toilet manufacturers like American Standard, Crane, Eljer, Gerber, Kohler, Mansfield and St. Thomas were also sold the units.

The rectangular black plastic unit is installed in toilet tanks, so you might want to check to see what kind of flushing system your model uses. According to Reuters, the recalled units have a series number of 503 and a 16-character serial number that has the date of manufacture in the first six digits, which can be found on a label on the top of the device. If it starts with anything in between 101497 and 022908, the product is included in the recall.

If you do happen to find that your flushing system is one of the devices in the recall, the Consumer Product Safety Commission recommends to stop using the toilet and shut off the water supply to it immediately. Flushmate is providing consumers with free repair kits, which you can get from their website or by calling their toll-free hotline.

Hopefully, you'll be able to avoid disastrous explosions in the bathroom by checking to see if your device is one of the units affected.