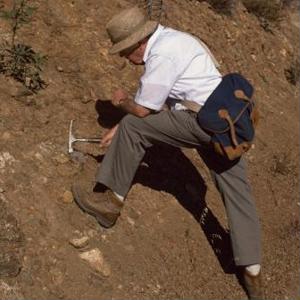 When you think of an archaeological discovery, you probably imagine teams finding artifacts like dinosaur bones, woolly mammoth fossils, ancient human remains or maybe some broken pottery. However, a recent find in Southern Vietnam uncovered something a bit less fabulous - dog and human waste.

According to ABC Radio Australia, Australian and Vietnamese scientists uncovered a man-made toilet that's between 3,300 and 3,700 years old. Known as Rach Nui, the ancient mound is about 16 feet tall and surrounded by tidal streams and mangrove swamps. The preserved excrement samples are thought to contain valuable information that could clue us in to the civilization.

"A detailed analysis of these will provide a wealth of information on both the diet of humans and dogs at Rach Nui, but also on the types of parasites each had to contend with," said Dr. Marc Oxenham, Australian National University archaeologist and leader of the team.

The site is about 19 miles away from Ho Chi Minh City, reports AsianScientist.com, and is believed to be the earliest latrine in the area. The group of scientists stumbled upon the ancient toilet when they came across more than 30 preserved feces from both dogs and humans that contained fish and other small animal bones.

Multiple housing platforms were also discovered, made of crushed shells, pottery and dried branches that were fired to create cement-like slabs. This suggests that farming in the area was taking over the hunter-gatherer lifestyle, meaning people were more likely to stay in one place and settle down.

"So what we tend to find in places like Southern Vietnam is a lot more evidence of these people in the landscape," explained Oxenham. "Because they were sedentary and the population size was expanding, they left mounds like Rach Nui with evidence of their lives. Their trash built up over time in one place."

So far, the team has found that the diet of these people living in Rach Nui was different than other people living in the same area. It included pigs, dogs, crocodiles, turtles, macaques, lizards, catfish and shellfish.

While there's still a lot of work to do on the dig site to really uncover the truth about the people at Rach Nui, the toilet was certainly a monumental discovery - despite how ordinary the findings were!