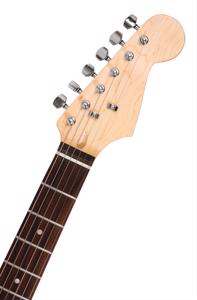 The allure of bathroom video games has grown exponentially over the past several years, as bars and restaurants are looking for new and innovative ways to bring new customers in the door. Seeing a huge opportunity, Billboard Magazine, by way of its Brazil office, recently installed a series of new bathroom games called Guitar Pee in several Sao Paolo establishments. The toilet itself is set up with six individual sensors that respond to a user's stream by playing a few face-melting guitar licks and recording each user's session. According to Time Magazine, these tracks can be downloaded from the manufacturer's website in "MPEE3" form, and can be shared later.

This bathroom video game was originally commissioned by the owners of the Billboard Brazil and installed in their own office, but in an effort to promote the product and the publication, they decided to start setting them up in bar and restaurant bathrooms throughout in Sao Paolo, reports UberGizmo.com. A small camera has been set up above the urinal (with an obstructed view) that has been used to record the facial expressions of users who encounter the device for the first time.

The look of the Guitar Pee urinal is striking enough, and has helped to improve the profile of many public establishments around the country. The side of the urinal has an electronic pickup that a guitar would have, as well as a standard electric guitar neck that is built into the top of the device. Finally, a large amplifier is placed at eye level with the user to give him a front row seat to his very own musical performance, controlled by his stream of course.

The new urinal video game system has been a major hit throughout the country of Brazil, and ironically ties in with Billboard Brazil's motto, "Music. We know it comes from everywhere." While there are no plans to bring this device to the United States just yet, the warm public response that Guitar Pee has received in Brazil may force the manufacturer to explore new markets where the device could be a major success. For those who own a bar, restaurant or other form of public establishment, these kinds of quirky bathroom accessories can go a long way toward improving the place's profile in the community.