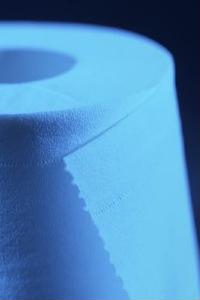 One of the wealthiest states in the country may run out of toilet paper in its municipal buildings as soon as next week, due to a bitter budget battle between Trenton mayor Tony Mack and the city council. According to Bloomberg.com, the council has been fighting the approval of a $42,573 paper products purchase because nearly $4,000 in paper cups has been included in the deal.

As cities all around the country look to clamp down on their local budgets and remove any extraneous purchases. The council has complained that the funding request is too vague and seems excessive for basic bathroom accessories.

"We're the checks and balances over the administration, and we're not going to send out any blank checks," city council member George Muschal, told the news source.

In addition, the council is also worried that the mayor did not give Trenton-based suppliers a fair shake in the negotiations. Unless the mayor and the council can come to a compromise, Trenton public workers may have to look elsewhere when nature calls.

While these numbers seem excessive, it is just one example how cities are cutting back on basic amenities to save money. What tips do you have for homeowners looking to cut down on their paper usage in their homes?