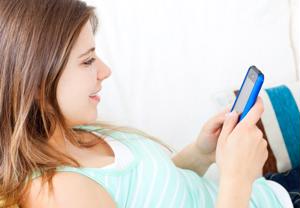 The arrival of new ultra-durable and waterproof smartphones from Panasonic and other manufacturers was welcome news for American consumers, but it's already been a fact of life in Japan for years. According to The New York Daily News, the Japanese trend of using the phone in the shower or on the toilet has caused companies to make nearly all of their products waterproof as a result.

"In Japan, you can't sell a phone if it's not waterproof. About 90 to 95 percent of all phones sold now are already waterproof," Taro Itakura, a Panasonic executive, told the news source. "Why? ...young Japanese women prefer to use their cellphones even when taking their showers."

While it remains to be seen whether or not American consumers will follow the Japanese lead and multi-task in the shower, the new precautionary measures show just how often these devices are with us when we're on the go. Panasonic estimates that about a third of its damaged phones are due to water exposure, so it's a wise choice for clumsy customers.